Coverage of COVID-19 and Political Partisanship: Comparing Across Nations

An multi-nation exploration of differences in COVID-19 coverage based on political partisanship of publications.

In US media, virtually every national or international news story is seen through a partisan lens. It’s reasonable to hypothesize that the novel coronavirus and COVID-19, the disease it causes, would follow a similar pattern. In particular, given President Trump’s attempts to minimize the impacts of the disease, we might expect to see less attention from right wing media than from more mainstream sources popular with the political center and center-left.

We used research from Benkler et. al., that classified a large set of US news sources into left, center-left, center, center-right and right, based on who retweeted which stories during the 2016 election. People who retweeted Donald Trump were very likely to retweet Fox News and Breitbart, for instance, while people who supported Hillary Clinton were more likely to retweet the New York Times or CNN. Media Cloud has media collections based on this research preloaded, so this is a very easy search to set up.

Searching US media on Media Cloud using “coronavirus OR COVID OR wuhan” as search terms, from January 1 to March 25, using the five partisan media collections from the Benkler research, we see the following pattern:

The chart clearly exhibits the three-step pattern Fernando Bermejo described - a low rumble of stories (under 10% of total stories) while the novel Coronavirus was a story primarily in China; a second plateau under 20% of stories as the virus began to spread in the US, and a sharp jump in early March, as coronavirus became the dominant story in the US. Unexpectedly, the curves move in near lockstep - while center-left (which includes journalistic powerhouses like the New York Times and the Washington Post) leads the pack with more than 2/3rds of stories focused on coronavirus, highly partisan media on both the left and right are not far behind, both clocking in at over 60%. Center and center-right media are the exceptions, crossing the 50% threshold recently, but continuing to focus roughly half their coverage on other topics.

A likely explanation for this phenomenon is that local newspapers and television stations are well represented in the center and center-right collections, and those new organizations continue to report local news, even news without coronavirus connections. Moving to specific sources makes the divergence between left and right media significantly clearer.

Beginning in late January, CNN - the network Trump often belittles as “fake news” - began covering the coronavirus story in detail, while it got significantly less play on Fox News, the President’s preferred news outlet. One exception was on February 15, when US planes evacuated Americans living in China to US airbases, a story that portrayed Trump as taking decisive action on coronavirus. It’s not until March 12, a day before Trump declared a national emergency and the day most major sporting leagues in the US announced indefinite closures, that Fox News began reporting the coronavirus as heavily as CNN. (MSNBC’s pattern of reporting is close to CNN’s.)

In other words, during the first and second “acts” in Bermejo’s model, CNN covered coronavirus more attentively than Fox News, perhaps reflecting Trump’s position that the virus was under control and shouldn’t be a primary focus for the US. In the third act, where the virus’s impact became unmistakable, Fox News began avidly covering the story.

Comparing word clouds in the “second act” of the story - February 12 - March 12 - shows a significant difference in tone between CNN and Fox News. Fox News distances the story from US shores, with common terms including “princess” and “cruise” (the Diamond Princess cruise ship, quarantined in Japan), “Iran” and “Korea”. CNN instead featured Anthony Fauci, a leading immunologist who’s recently become the target of death threats and received criticism from right-wing commentators over his support for social distancing at the expense of rapidly “restarting” the economy. CNN’s coverage in this act also included discussions of (social) “distancing” and possible “lockdown” as response strategies. By the third act, the distinctions between CNN and Fox’s coverage are not as clear, suggesting that as the crisis increases in intensity, the divergence in narrative may lessen.

UK media has a sharply different structure than US media. While US newspapers advertise neutrality, and US cable networks are more comfortable expressing partisan sentiment, the opposite is true in the UK. The BBC is prohibited from taking partisan stances, while newspapers are often unapologetically partisan. In considering UK media, we do not have the luxury of Benkler et al’s research on partisan media preferences to rely on - we build a much simpler study with three categories: newspapers that endorsed labor in 2019, newspapers that endorsed the conservatives in 2019 and the BBC.

It’s even harder here to find gaps between the left, right and center than in the US. The BBC’s pattern is spikier, in part because it publishes fewer stories per day than the aggregated newspapers. Close examination suggests that the BBC has an internationalist take, as compared to both Labor and Tory newspapers, and is more likely to mention Wuha, China, or Italy than the papers which have a more domestic focus. Even trying the trick of picking out extreme publications (The Guardian and The Sun) doesn’t show much differentiation between Labor, Tory or BBC views - the three seem to cover the story with equal intensity throughout. If anything, in contrast to in the US, the right-leaning Sun devotes slightly more coverage than the left-leaning Guardian to the story.

And what of the non-English speaking world?

In the case of Spain we looked at four different newspapers, which cover a wide ideological range and can be categorized as left (Publico), center-left (El Pais), center-right (El Mundo) and right (ABC). The evolution of the coverage in terms of percentage of attention is quite similar across all outlets, and corresponds to the pattern we've observed in other countries. The only noticeable difference across publications is that El Pais seems to increase attention to coronavirus less suddenly than the rest and remains slightly below in the intensity of coverage. (We are further researching to see if there’s a data quality issue, as we show El Pais publishing fewer stories in recent weeks. This could be due to an error in our system in counting those stories, though at first glance, it looks like they may simply be publishing less..)

Overall there seems to be no attempt at downplaying or exaggerating the relevance of the pandemic. Given the magnitude of the coronavirus crisis, most of the coverage focuses on the spread of the pandemic, the attempts at fighting it, and its impact on the economy.  However, political issues are part of the media coverage, with right wing media more critical about the handling of the crisis and left wing media more supportive of the government measures. The political angle and its controversies seem to be gaining traction as the shock of the arrival of the virus gives way not only to public health measures but also to political decisions to control and alleviate its consequences.

In Italy, partisanship is a common feature of the media, but heavy political fragmentation makes US-style binary polarization just impossible. The sharply defined U.S. bipartisan system gives way to an increasingly fluid Italian multi-party political scenario. Currently, the government is supported by a coalition formed in parliament and composed of several small political entities, most of which fought fiercely against each other during the election campaign.

For this reason, going beyond the right-left dialectics, the study considers the main Italian media sources on the basis of their stated alignment with the current coalition government (Democratic Party - 5 Star Movement). Specifically, the graph includes four media sources considered close to the coalition supporting the government (Repubblica, Il Messaggero, La Stampa, and Il Fatto Quotidiano), plus four other sources traditionally closer to parties at the opposition (Il Giornale, La Verità, Il Resto del Carlino and TGCom24). These sources were chosen among those currently available on Media Cloud.**

Looking at the trend over time, the attention to the spread of the virus is very similar to that in other European nations.. Media attention basically followed the spread, with the main spike occurring earlier than in other countries. While the virus was spreading in Wuhan, most newspapers and TVs considered it as a potential, but distant danger. Some significant attention was only given when two positive Chinese tourists were hospitalized in Rome on January 30. Then, after about 2 weeks, the first case of an Italian person near Venice was reported, catalyzing national media attention. Since then, the virus has been dominating the news with incredibly high percentages of total attention.

In fact, while some individual politicians from different movements (both right and left-oriented) have tried to minimize the problem at the beginning of the spread, no party has substantially put the economy first when dealing with the virus. The political debate has been focusing more on the solutions to stop the spread than on the very existence of a serious threat coming from China. According to governmental statements in the press, every decision was based on hard evidence provided by a scientific committee and public health institutions.

Around the world, we see the same basic pattern of media attention to the novel coronavirus: a distant, lightly covered story; a situation that’s come to our shores; a crisis that consumes all our attention. We see the same basic structure of attention to the story across four countries -  the US, the UK, Spain and Italy - but when we dig into the story in the US looking at opposing media sources, we see some divergence. Fox is slower to cover the story than CNN, and initially treats it as a problem occurring elsewhere, not as a problem coming home. As the situation emerged as a clear global pandemic, this disparity in coverage dissipated.

Spanish media suggests one possible future: as coronavirus becomes a fact of life, parties will position themselves in terms of advocating different strategies to combat the disease. It’s possible that another outcome, similar to what we’re seeing in Italy and the UK emerges, where a common crisis leads to a temporary deprioritization of politics.

We will be continuing to study coverage of COVID-19 around the world - if you have a question you want us to try to answer, or if you want to try one of these experiments in your country, let us know in the comments.

Methodological notes: *for the present study we have used as research key-terms “coronavirus”, “COVID-19”, “Wuhan”, and “epidemia” as the main terms used by Italian media to refer to the epidemiologic emergency caused by the novel coronavirus “SARS-CoV-2”. ** The analysis has been totally carried out via Media Cloud (some sources have not been considered inasmuch as currently unavailable on the platform, e.g. “Corriere della Sera”). *** The analysis does not pretend to be completely exhaustive. 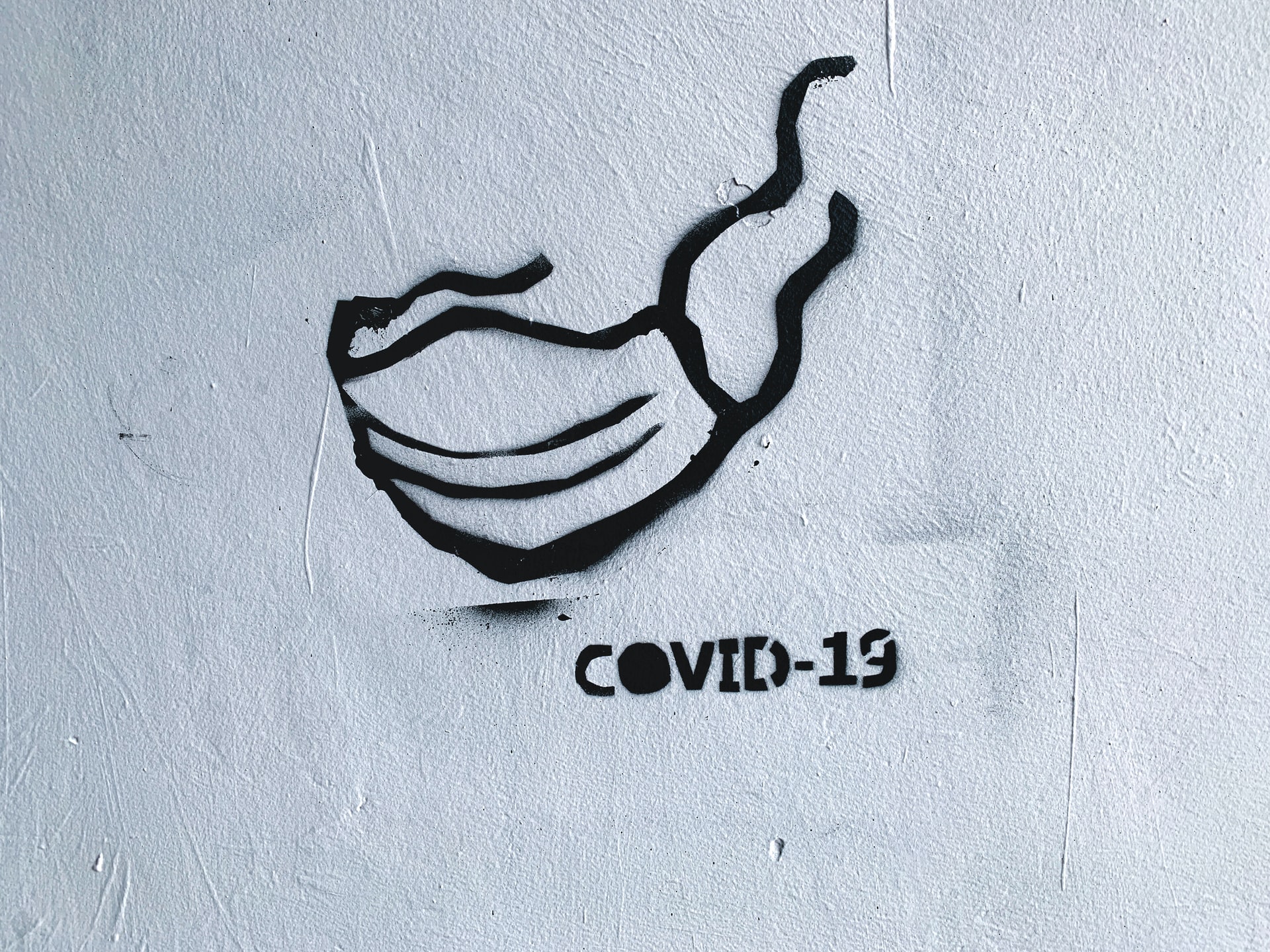 How did media markets first respond to the largest breaking news story of our lifetimes? Did attention initially track with the impact of the disease in a country?